Federal, State And Local Partners Are Honored For Teamwork Critical To Revitalization Of Hazardous Waste Site 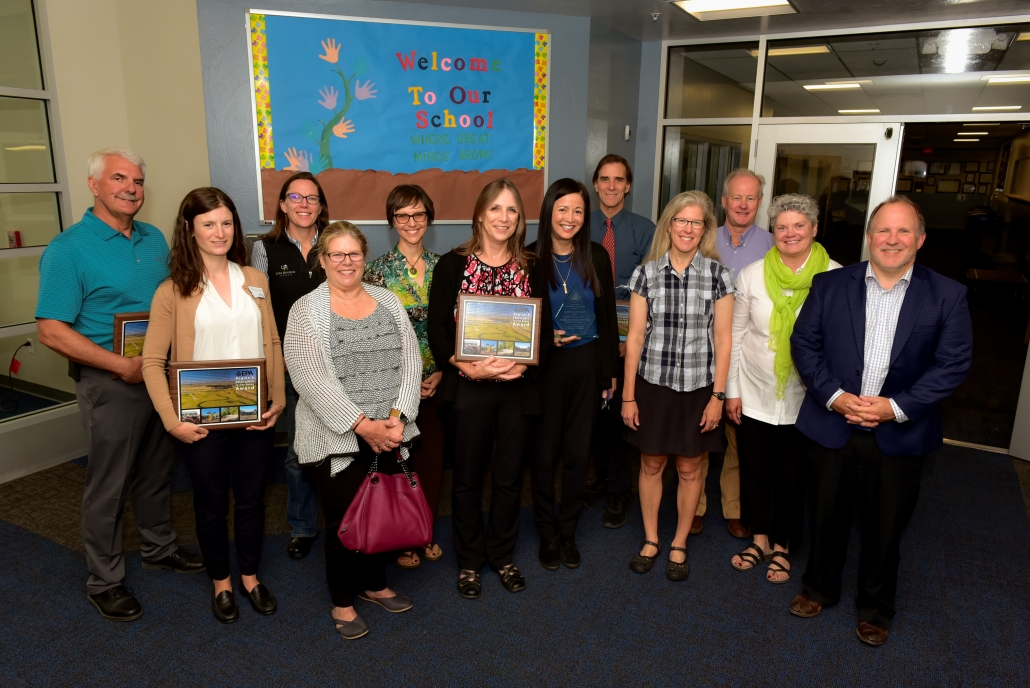 East Helena, Mont. (August 22, 2019) — At a ceremony today at Prickly Pear Elementary School in East Helena, Mont., U.S. Environmental Protection Agency (EPA) Regional Administrator Gregory Sopkin presented representatives from the Montana Environmental Trust Group (METG) with EPA’s Excellence in Site Reuse Award for successful efforts to advance the cleanup and revitalization of the East Helena Superfund site. EPA also recognized the host of federal, state and local partners who have contributed to transformation of the site, which was hailed as a national example of the environmental, economic and community benefits that are possible at Superfund sites.

“This year, EPA is marking the 20th Anniversary of the Superfund Redevelopment Initiative by recognizing the people and communities that demonstrate the very best of what can happen when we work together to clean up contaminated sites and get them back into productive reuse,” said Gregory Sopkin, regional administrator for EPA Region 8. “The new schools, residential neighborhoods, and trail networks we celebrate today reflect the hard work and vision of the Montana Environmental Trust Group and the many partners who have been critical to the transformation of the East Helena Superfund site.”

“METG and our East Helena stakeholders are honored and grateful for EPA Region 8’s recognition of the partnerships that have shaped the successful revitalization of former ASARCO lands.  We are particularly grateful to EPA for its leadership and support of the community-backed reuse and renewal of the East Helena Superfund Site,” said Cindy Brooks, managing principal of the Montana Environmental Trust Group LLC (METG), trustee of the Montana Environmental Custodial Trust. “The trust model works because our lead agency (EPA) has fully embraced everything that can be done, and these are the results. We look forward to continuing our work together with all these stakeholders.”

EPA was joined at the ceremony by East Helena Mayor James Schell in recognizing several other partners who have contributed to the cleanup and revitalization of the Superfund site.  These included representatives from the U.S. Fish and Wildlife Service, the Montana Department of Environmental Quality, the Montana Department of Justice Natural Resource Damage Program, Lewis and Clark County Environmental Health Services Division, the City of East Helena, East Helena Public Schools, and the Prickly Pear Land Trust.

A century of lead smelting by ASARCO contaminated soil and groundwater and left behind a 16-million-ton toxic slag pile. Since the Montana Environmental Custodial Trust was created in 2009 as part of the ASARCO bankruptcy settlement, METG as trustee has been remediating and facilitating reuse of the Superfund site in collaboration with its beneficiaries—the United States, acting through EPA, and the State of Montana, acting through MDEQ—and East Helena stakeholders.

The award ceremony was held at Prickly Pear Elementary School, which opened in 2018 on land that METG as trustee donated to East Helena Public Schools (EHPS). Under construction nearby is East Helena’s first public high school; it’s scheduled to open in 2020 on land that METG sold to EHPS.  Next door, a 319-unit housing subdivision is planned on a parcel that Oakland Companies bought from METG. Nearby, a 254-acre tract was sold by METG to a company that anticipates developing a mixed-use project. These land sales generated nearly $3 million in proceeds for cleanup and paved the way for the kinds of beneficial, safe and sustainable reuses that the East Helena community has welcomed.

“What I point to as the example of success is East Helena,” Sopkin of EPA said during the ceremony. “Look at East Helena. Look at what has been done here. I’m just so excited to see this growing up. There’s going to be a subdivision there. There’s going to be a new high school…What the revitalization does is it brings people together…Communities like yours have great ideas.”

As part of the cleanup, more than a mile of Prickly Pear Creek was moved away from the slag pile in order to reduce groundwater contamination. The revitalized creek now flows through newly restored floodplain, habitat and conservation land. In collaboration with EPA and the State of Montana Natural Resource Damage Program, METG as trustee is exploring potential transfer of 350 acres of creek corridor to the nonprofit Prickly Pear Land Trust for inclusion in the proposed Prickly Pear Creek Greenway trail network.

For more information about METG, the Montana Environmental Custodial Trust, and the remediation and redevelopment of the former ASARCO lands in East Helena: https://www.mtenvironmentaltrust.org

For more on the East Helena Superfund site: https://cumulis.epa.gov/supercpad/cursites/csitinfo.cfm?id=0800377

For more on the EPA Region 8 Excellence in Site Reuse Award: https://www.epa.gov/superfund-redevelopment-initiative/epa-region-8-excellence-site-reuse-award