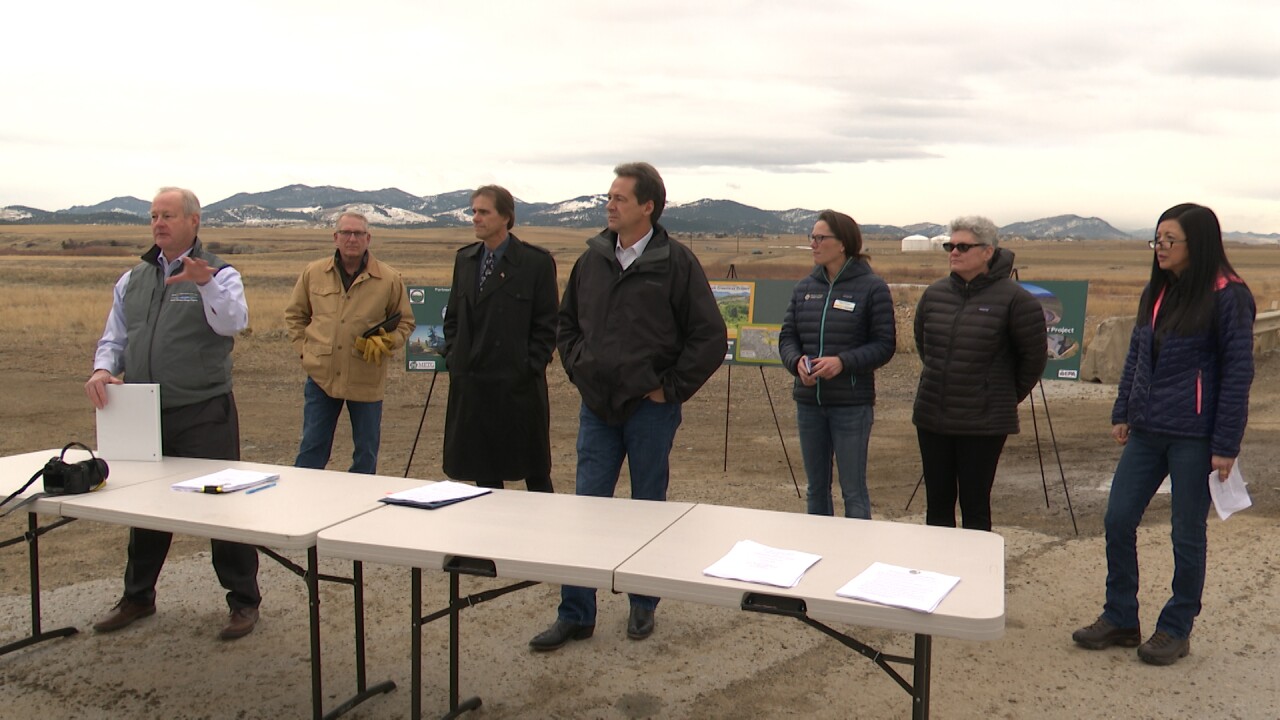 State and local leaders gathered in East Helena Monday morning to celebrate another milestone in the restoration of the former ASARCO smelter site.

Gov. Steve Bullock officially signed off on a plan from the Montana Department of Justice’s Natural Resource Damage Program, allocating about $5 million for restoration at the site. Attorney General Tim Fox and leaders from around the East Helena community were on hand to mark the occasion.

Bullock said the history of the ASARCO smelter has played a central role in the community. Now, he said, the cleanup and rehabilitation of the site are setting examples for the future.

“We’re at a site that’s been a Superfund site for almost 20 years, but significant cleanup’s happened both in East Helena and all around the area,” he said. “Then to say, ‘How can we repurpose and position this area for the next century?’”

The $5 million distributed in the restoration plan was paid directly to the state of Montana for damage claims at the site. That payment came in conjunction with a 2009 settlement with ASARCO.